It is my understanding that Alien Joe is invisible to regular people. Regular as in not-part-of-the-supernatural-scene. You’d be surprised how many people have no understanding whatsoever of what is going on outside of their little world. However, some people are sensitive enough to see what is happening around them. Granted, many of them choose to ignore it, but from time to time it does happen that one of those is walking down the street sipping their latte-to-go and passing by my store at the exact moment when Mortimer farts and Alien Joe has to open all doors and windows to make sure he and I continue breathing and don’t fall to a horrible death by dragon-butt-odor.

So it happened this morning that one particularly tall woman stopped in her tracks and dropped her chai-latte-whatever-to-go, staring at Alien Joe who like always when someone is paying too much attention to him, turned a bright yellow and started to flap all four of his ears.

Like many sensitive people before her had done, the woman looked left and right to see if anyone else passing by had noticed, which they hadn’t, and I could see her brain running through possible scenarios how to proceed from here.

I can list a number of things people do in this situation but all of those end with the person leaving convincing themselves that they are not crazy and that this hasn’t happened.

This woman, however, decided she wasn’t crazy and that she wasn’t dreaming and that no one had drugged her, hell, I don’t know what she was thinking. But she stepped closer.

“Are you real?” she whispered at Joe and I. Joe stared up at her, his ears still flapping.

Before I could answer, Joe’s face turned ultramarine, which is actually quite disturbing to watch, and then he did something I had never seen him do before. He smiled. I mean, I suppose he smiled . It’s hard to tell when you don’t really know whether an alien’s facial orifice is a mouth or not. I simply assumed this one was because he used it to speak, So, sue me but I am a human of habit with no imagination of my own so all aliens to me are similar to us people. At least when it comes to body parts. I know, I know, Joe has 4 ears but those could really be just two ears and two wings that aren’t working. Who knows. Anyway, he smiled at the woman, and to my surprise she smiled back.

“Of course, I am,” Joe said, and he leaned forward. “Are you?” He whispered to her and the woman simply nodded and blushed slightly, then she started to giggle.

I don’t remember much after that. Mostly because Mortimer had eaten too many tacos and was farting up a storm, and the fumes made me dizzy. But also because I really don’t like awkward moments. I tend to start rambling and I think I have but Joe must have knocked me out just to shut me up. For one thing, I am glad I don’t remember. Joe and Sally are moving in together soon. I’m really happy for them. I’m wondering though if she is going to fit into his spaceship with which he crashed on our planet. 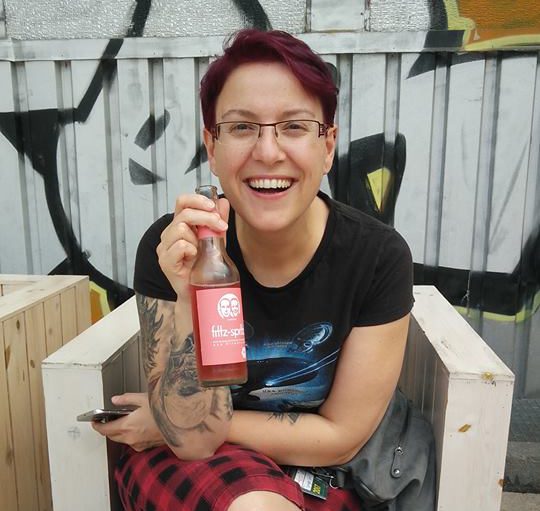